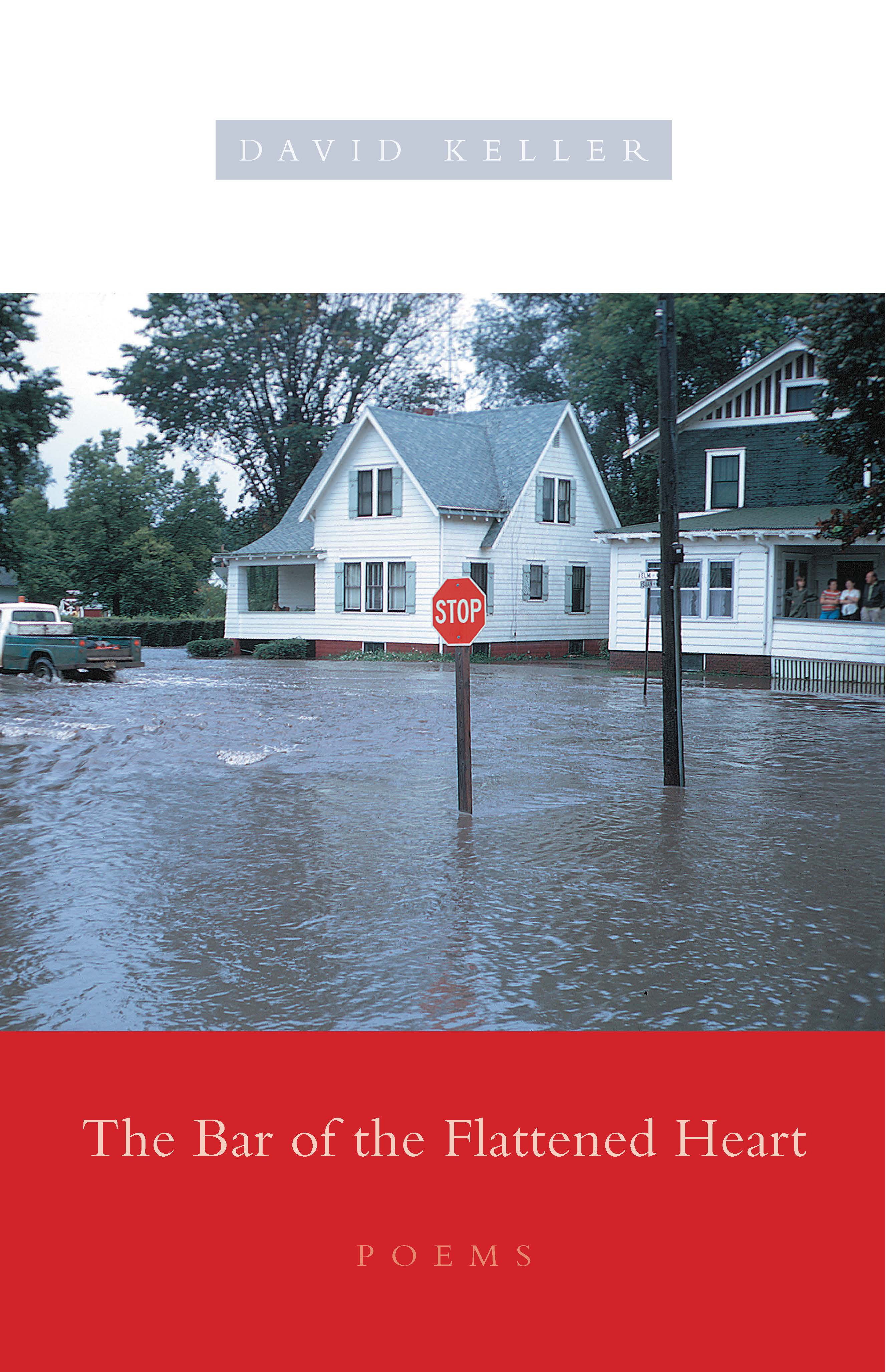 The Bar of the Flattened Heart

A poet of everyday wonder, David Keller finds the kernels of larger truths in the small details of the ordinary. In his new collection of poems, THE BAR OF THE FLATTENED HEART, Keller explores past and present, from boyhood aspirations and disappointments to the complexities of marriage and the unavoidable passages of life.  “David Keller’s poems have the freedom of age,” says John Richardson. “They don’t need to impress, they have no case to make, they don’t even insist on being right: their wonderful last words are, ‘What the hell do I know?’ With their genial frankness and amused curiosity they remind us over and over how surprising our ordinary days are, how interesting and touching it is to be alive.”

I wanted to be a charm-maker, a magician, wanted
to make spells and such, much more than just
poetry. Things that had true power,
protection. What a child I was;
poetry makes nothing happen, and yet…

And his poetry does cast a spell with a quiet power that belies the ephemeral essence of the word.  “I can walk upon the surface/of a piece of paper, leaving/sparks that look like stars/and more stars,” he writes, marveling rather than bragging. Keller uses his poetry not to settle scores from the past, but to commemorate and honor. He writes poignantly, but without judgment, of his father’s ambiguous guilt over having worked on the atom bomb, or of his mother’s guileless Midwestern trust.  He learns the fates of long forgotten friends with heartfelt regret at the ways in which we grow apart from our past.

As Alice Ostriker has observed, “Keller’s voice mingles melancholy and wit, the prosaic details of life and sheer wonderment at things.” Yet, while often laced with nostalgia, the poetry is never gloomy, soaring above sadness with it lyricism and musicality. Indeed, music plays a central role in a number of poems, including “Letter to Howard Levy,” in which he says to his fellow poet: “Mostly the rest of us go on playing and re-playing/the same small songs we thought would help, but there’s/hardly any real music in hours of that.”

In “My Blue Heaven,” his elegy to another poet, William Matthews, Keller writes:

With him seemed to go whole jazz recordings.
Nights of music he liked to think of
himself as part of, playing chorus
after chorus on one number or another,
suddenly ceased to exist, vanished
as if he’d only conjured them up, while we
thumb through his books, hoping to find traces of them.

This then becomes the essence of Keller’s poetic voyage—the delving between the melodic lines on the surface to locate the notes that truly come to shape our lives.

Combining a deceptive simplicity with an unabashed puzzlement at all that makes a life out of living, David Keller’s voice becomes like our own. THE BAR OF THE FLATTENED HEART is a tour de force without pretense, as precious as all we have come to take for granted.

David Keller is the author of five collections of poetry. He has taught poetry workshops in New York and has served as Poetry Coordinator for biennial poetry festivals, on the Board of Governors for the Poetry Society of America, and as a member of the Advisory Board of The Frost Place. He lives in New Jersey.