Jesus Was a Homeboy

In Jesus was a Homeboy, Carey returns to the urban beach front, the dusty gymnasiums, the barrooms and the restaurants that have defined the chapters of his life. It’s an honest reflection of one man’s life with all its flaws and regrets, connecting the reader with the real drama of everyday life – aging, acknowledging past mistakes, and wishing things had been different but still being able to celebrate and hold onto those moments that make us appreciate what we have. 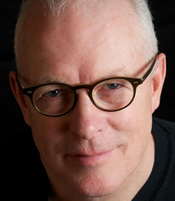 KEVIN CAREY teaches at Salem State University. He has published two previous books, The One Fifteen to Penn Station (CavanKerry Press, 2012) and The Beach People (Red Bird Chapbooks, 2014). Kevin is also a playwright and a filmmaker. His 2012 co-directed documentary about New Jersey poet Maria Mazziotti Gillan is called All That Lies Between Us.

The poet shows us there is strength and fear in vulnerability, and he shows this to us in the subtle, unpretentious sharing of everyday imagery. In this there is power, a certain power that requires the poet to suspend belief in the same. Carey has given us a book that is wise, and more profoundly so because the one power he subscribes to is the child’s heart.
— Afaa Michael Weaver

Jesus Was a Homeboy is a haunting, beautiful book full of poems that deal unflinchingly with everything the narrator has been given and has lost. It contains searing meditations on growing older, on coming to terms with relationships between parents and children, and with the poet’s rapidly altering picture of what he wishes he could still be, despite all his flaws and failures. It deals with love and loneliness and longing for a time when his children were still small enough to hold in his arms, even as he watches them move away into their own lives. By inviting the reader into his own intimate life, Kevin Carey helps us understand our own lives and yearnings.
— Maria Mazziotti Gillan

Be the first to review “Jesus Was a Homeboy” Cancel reply