In a debut remarkable for its formal control and emotional range, Brent Newsom tunes narrative and lyric impulses to an idiom rooted in his native Louisiana. Love’s Labors plumbs themes of family, work, and sex, from a perspective both tempered and troubled by the language and traditions of Christian faith. 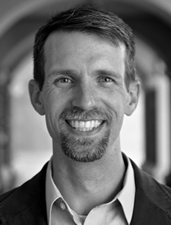 A native of southwest Louisiana, BRENT NEWSOM has also lived in Oklahoma, Texas, and, for briefer stretches, China. His poems have appeared in journals such as The Southern Review, The Hopkins Review, PANK, Cave Wall, and Birmingham Poetry Review, as well as several anthologies. Currently he lives in Oklahoma with his wife and two children.

The labor of Love’s Labors is nothing less than the work of culture, in all its meanings — the food that sustains the body; the relationships of family, lover, and town; the devotion by which we seek more than our humanity. It is a book of progress, of spiritual progress; yet it admits and recognizes failures — death, war, disillusionment — and enfolds them into the necessary givens, the ground of our labor. And love? Love is indivisible from this labor, revealing itself line by line within each beautifully made poem, and in the rich connections between them.
— William Wenthe

Brent Newsonm’s Love’s Labors is indeed a labor of love — and of imagination, wisdom, and artistry. The poems, many knit with form, wend the tangled sinews and bonds of affection as characters from a fictional town overlap in their passions and doubts. These compelling narratives intermingle with the poet’s own journey toward imminent fatherhood as he speaks to his unborn son with an honesty ripped from the heart and woven through the grace of memory. Like his son developing in utero, these poems continually “come into being” as we return to them and carry them inside.
— Tania Runyan

Be the first to review “Love’s Labors” Cancel reply