Carey’s poems tell stories—as dreams, as memories, as rituals or ceremonies. He embraces the mystery of nostalgia, worn and cemented by time, the haunted remembrances that string a life together. These are poems of place and of people (real and imagined); poems about summer ponds and barroom nights, basketball, religion, and superheroes; poems that remind us of our humanness; poems set in stone to be chipped away at carefully.

Kevin Carey is the coordinator of creative writing at Salem State University. He is a poet, filmmaker, fiction writer, and playwright. His latest full-length play, The Stand or Sal Is Dead, premiered at the Actor’s Studio in Newburyport, MA in 2018. In recent years he has co-directed and co-produced two documentary films about poets (Maria Mazziotti Gillan and Malcolm Miller). His books include a chapbook of fiction, The Beach People, and two collections of poetry, The One Fifteen to Penn Station and Jesus Was a Homeboy. Kevin’s poems have appeared twice on the National Public Radio show The Writer’s Almanac and on the Academy of American Poets Poem-a-Day. Kevincareywriter.com

When I think of a Kevin Carey poem, I think of Boston, and basketball, of poems carved out of the East Coast city where he has lived his life. In this, his third book, Carey has wrought arguably his finest work, including one of the most poignant poems of a friend’s suicide I have ever read. There are narratives here, list poems, lyrics, and elegies, a hint of Catholicism found in a mother’s rosary beads, a father praying after work, and the specificity of old Buicks and the Tobin Bridge. This is a book of powerful testaments that will offer any open reader, like in basketball, “that first good step” toward survival.

-Sean Thomas Dougherty, author of The Second O of Sorrow

In this collection, Carey examines the power of memory, the dreams we have, the praiseworthy moments, as well as the regrets that cling to us over a lifetime. Set in Stone shoots straight, with a voice that is natural and unaffected. You may see yourself in the small dark places of these poems, if you’re not too timid to look.

-Jeffrey Renard Allen, author of the novels Song of the Shank and Rails Under My Back

From “Set in Stone”

A train blows its horn
the light rising beyond the harbor,
a dog barks from a car window
and the nostalgia (always dangerous)
hits me like a left hook.
I’m trapped between the memory
and the moment,
the deal we make
if we make it this long,
the markers of a life,
the small worthwhile pieces
that rattle around in my pockets
waiting to be set somewhere in stone

From “A Long Line”

Be the first to review “Set in Stone” Cancel reply

cavankerrypress
•
Follow
Get to know Dipika Mukherjee author of our October release “Dialect of Distant Harbors.” Dipika Mukherjee is the author of two novels: Shambala Junction, which won the UK Virginia Prize for Fiction, and Ode to Broken Things, which was longlisted for the Man Asian Literary Prize. Rules of Desire is her short story collection. She has published two books of poetry, The Palimpsest of Exile and The Third Glass of Wine, and received the Liakoura Poetry Prize in 2016. She teaches at the Graham School at the University of Chicago, as well as StoryStudio Chicago, and holds a doctorate in sociolinguistics. Pre-Order the book today, through the link in our bio! #cavankerrypress #poetry #poetrybook #books #preorder #publishing #nonprofit
View on Instagram |
3/9

cavankerrypress
•
Follow
We’re continuing our #DiseaseLiteracy Month posts with these fantastic authors and their books. You can learn more about our LaurelBooks and our mission in Narrative Medicine through the link in our bio! #Illness #narrativemedicine #books #poetry #nonfiction #publishing #nonprofit #cavankerrypress
View on Instagram |
4/9

cavankerrypress
•
Follow
You can pre-order our second fall release today! Dianne Silvestri’s LaurelBook “But I Still Have My Fingertips” comes out this November! Link in our bio! #books #publishing #narrativemedicine #poetry #nonprofit #cavankerrypress
View on Instagram |
5/9

cavankerrypress
•
Follow
The Paterson Poetry Festival is happening next month! We’re so excited to see all of you there! #wordseedinc #SeePassaicCounty #workshops #poets #writing #masterclass #nonprofit #publishing #cavankerrypress
View on Instagram |
6/9

cavankerrypress
•
Follow
We’re continuing our #DiseaseLiteracy Month posts with these fantastic authors and their books. You can learn more about our LaurelBooks and our mission in Narrative Medicine through the link in our bio. #Illness #narrativemedicine #books #poetry #nonfiction #publishing #nonprofit #cavankerrypress
View on Instagram |
8/9 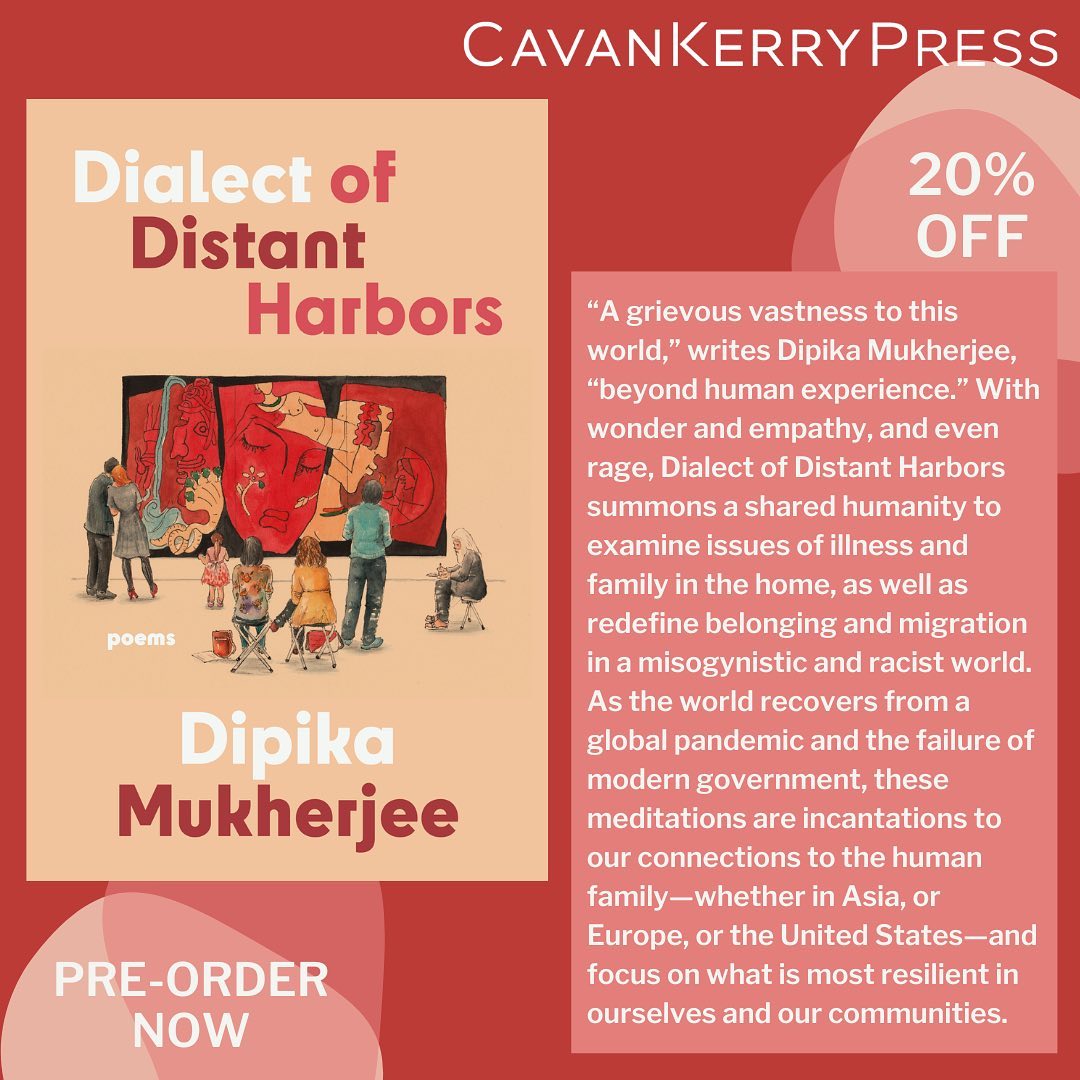