Through Platt’s trademark of alternating long and short lines, and through occasional lyric prose, Tornadoesque becomes a weather report from middle age, as the poet discovers his bisexuality in a heterosexual marriage of longstanding passion, responds to war in the Middle East and the deaths and illnesses of friends, and gives an eyewitness account of what is lost and what’s saved when a tornado touches down. 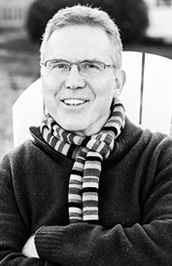 Donald Platt’s seventh and sixth books are respectively One Illuminated Letter of Being (Red Mountain Press, 2020) and Man Praying (Free Verse Editions / Parlor Press, 2017). His fifth book, Tornadoesque, appeared through CavanKerry Press’s Notable Voices series in 2016.  His poems have appeared in The New Republic, Poetry, Nation, Paris Review, American Poetry Review, Kenyon Review, Georgia Review, Ploughshares, Southwest Review, Tin House, Yale Review, and Southern Review, as well as in The Best American Poetry 2000, 2006, and 2015.   He is a recipient of two fellowships from the National Endowment for the Arts (1996 and 2011), of three Pushcart Prizes, and of the “Discovery”/The Nation Prize.  Currently, he is a full professor of English at Purdue University.

Tornadoesque whirls with powerful and challenging images, always refusing to turn away from the unsettling while also refusing to treat those images as snapshots that can be experienced in isolation, outside of the intricacies of human desire and history.   Donald Platt confronts with great honesty and frankness the complexities of being a son, husband, and father within a world whose layers have been shaped by the visions of religion, politics, art, and dream.  The scope of this collection is dazzling; each poem is both tapestry and journey.
— Mary Szybist

Don Platt’s poems in this new book are scintillatingly beautiful and scintillatingly honest. With great mercy, and great respect for life, Tornadoesque opens a window on our most basic human situation: crucifixion; misfit; the soul caught up on the world like an awkward cross.
— Tony Hoagland

Be the first to review “Tornadoesque” Cancel reply