CavanKerry Press' Annual Board Retreat was a Great Success! 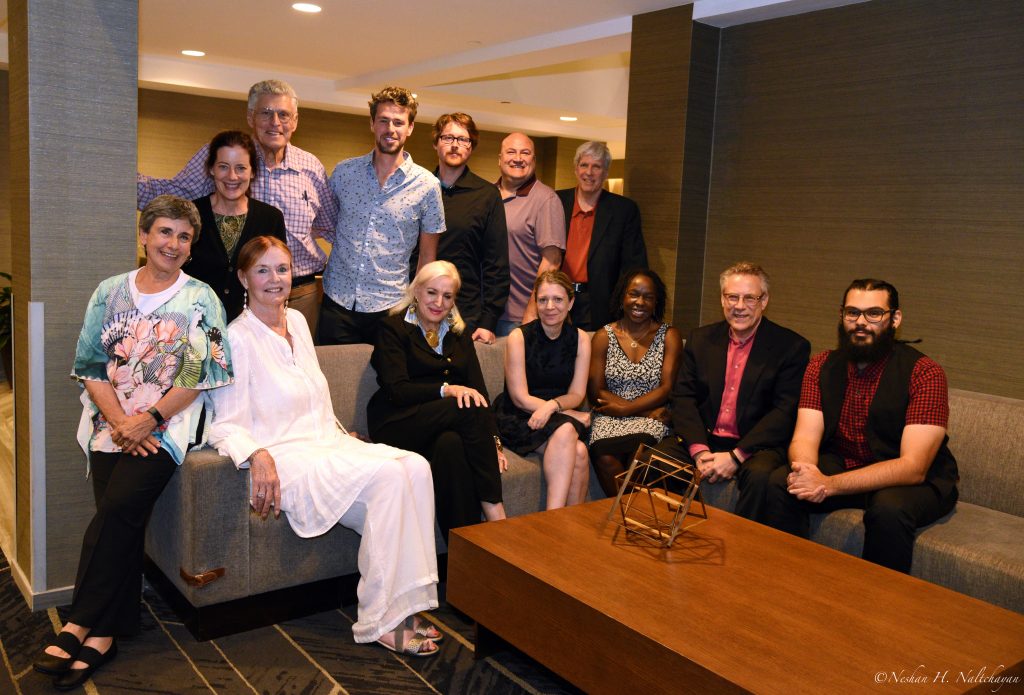 This year’s annual board retreat brought together the CavanKerry Press staff plus it’s entire group of board members to meet and discuss where CKP has been and where it’s going as we move ever-so closer to our 20th anniversary. The weekend was filled with conversations that involved publishing, branding, community outreach, and literary appreciation. Most importantly, the weekend was spent developing solid relationships among this newly established cohort. This was to ensure that CavanKerry Press would maintain it’s integrity through our continued commitment of expanding the reach of poetry to a general readership by publishing works that explore the emotional and psychological landscapes of everyday life. 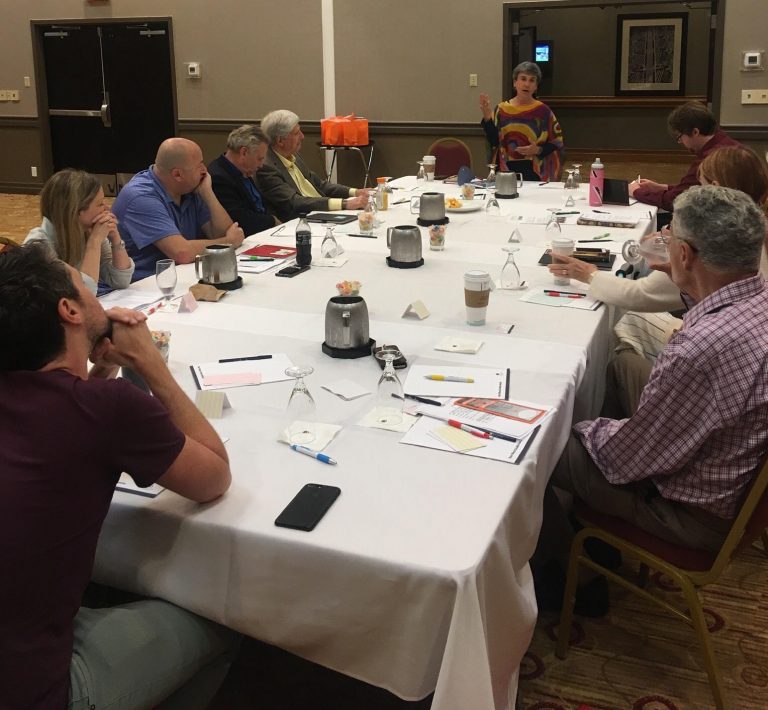 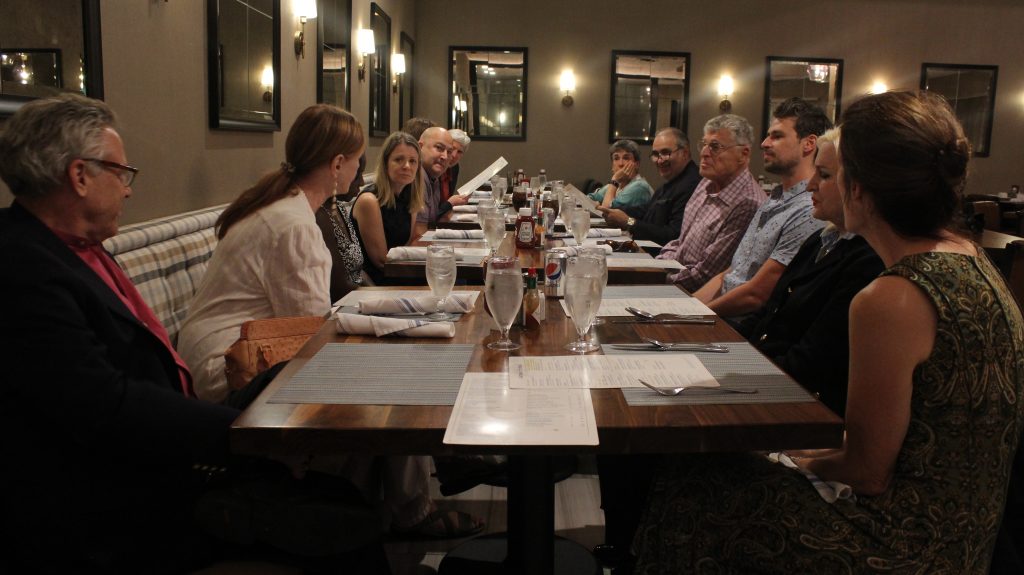 We have many things in the works! From publishing beautiful books, to festivals, launches, conferences, advocacy, collaborations, and celebrations, there are just so many ways to connect with our press.

To get more insight on who we are and where we’re going, we’ll take you back to the first evening of our 2019 Annual Board Retreat. The retreat began Saturday evening with a meet & greet that included introductions and a dinner that ended with our Senior Editor, Joan Cusack Handler being interviewed by CavanKerry Press author, Tina Kelley.

Read More About Kelley, Cusack Handler, and Our Other Authors

My first conversation with Jackie Guttman, who recently joined the CavanKerry Press ADA Advisory Board, was about non-profit development. My main impression of her at our first meeting certainly was the impression she mentions in this essay: a tall, fairly well-built woman of a certain age – a leader type – articulate, intelligent, with a reasonably good sense of humor and proportion. That first impression has certainly been expanded and deepened by what I’ve learned over time, in more personal conversations, about the “limitations” that rheumatoid arthritis has placed on her life. In this essay, her honesty and vulnerability about her experiences—e.g. the split between “public face” and “private reality,” the changes brought about by improvements in her condition—challenge us to think about how the label of “disability” can fail to capture the complexity of human experiences.

THE ADA AND ME
By Jackie Guttman

The 25th anniversary of the Americans With Disabilities Act led me to muse about that key word, disability. How do we define disability? I’ve had moderate to severe rheumatoid arthritis for 45 years, during which time I’ve had periods in which I was less than able-bodied, and I do have a handicapped placard, yet at this moment I don’t define myself as disabled – though I have a dear old friend who insists on describing me as such. Whatever. Below is the beginning of an essay I wrote in 1993, shortly after the ADA legislation was passed. In recognition of this significant anniversary, and in gratitude to my rheumatologist, I share it with you:

The Public Face: One morning, I stood up, walked over to a lectern and gave a speech before an audience of 1000 people. I was, if I may say, rather elegantly dressed in a blue and black jacket, long black skirt and low-heeled Ferragamo pumps, with nearly every hair in place. The speech was unusually well received and later, as I made my way out of the building, I was stopped by many people to tell me how moved they had been, even how inspired. It was very gratifying.

The Private Reality: My husband had to dress me. He helped with my underwear, put on my knee sox (thus the long skirt), zipped the skirt, assisted me with my jacket, fixed my necklace. The shoes, earrings, watch, makeup, contact lenses and hair I managed to handle on my own.

People who know me casually see a tall, fairly well-built woman of a certain age – a leader type – articulate, intelligent, with a reasonably good sense of humor and proportion. Only those who are close know the true me – same qualities, but with an overlay of limitations on my life and myriad accommodations to make it as nearly normal as possible. There have been days when it’s an effort to walk from my front door to my driveway. On those days, if I can’t find a parking space within twenty feet of my destination, I go home. Sometimes I cannot write in the morning. I cannot hold a telephone receiver for more than a minute or two. I am rarely able to cut my own food. I cannot get into or out of the tub or down on or up from the floor unassisted. My computer endurance is often an hour or less.

It is a chore to get into a coat or jacket without help. My wardrobe is built around whatever shoes I can wear. Thus, instead of being the short-skirted, high-heeled vamp I’d like to be, I usually wear slacks or ankle-length skirts with clunky shoes or sneakers. I’ve cultivated a casual chic look, vaguely and hopefully Katherine Hepburn-ish, and because of my height it works pretty well.

This is my reality with decades of rheumatoid arthritis.

Although people like me may have handicapped placards for our cars, our disabilities are nearly or totally invisible. Unlike people in wheelchairs or those who use walkers or canes, our difficulties go unrecognized, and while none of us would prefer to be wheelchair-bound – and dread the possibility of that happening at some future time – we all have our own set of issues, at home with our spouses, children, siblings and even parents, in social situations where we may not be able to keep pace with others, and in the workplace, where we are sometimes regarded as being unwilling to pull our weight.

Miraculously, though I still and will always have limitations and have had to give up my flute- and piano-playing, I’m the only person I know who is actually in better shape now than 20 years ago, thanks to more sophisticated treatment and medications and amazing artificial joints. Ironically, my husband and one-time caregiver now needs a cane or walker to get around, so we are once again limited as we travel and go about our lives. Recently, we took Amtrak to Boston; he used his walker and I was the pack-horse, shlepping our rolling suitcase along. I was simultaneously furious that my own need for assistance went unnoticed… and thrilled that my own need for assistance went unnoticed!

So – do I have a disability or not? If you saw my deformed hands you’d say yes. But then you’d see me striding along and wonder.

The point I’m circuitously trying to make is that disability is perceived in many ways. Too often, architects equate it with “wheelchair.” Thus a handicapped hotel room is waaay far away from the elevator, because, as they see it, someone in a chair either has a pusher or a motor. Forgotten is the ambulatory person who can walk a short distance but can’t trek a city block to reach a hotel room. Forgotten is the person who can walk but whose arms and hands make turning doorknobs and opening heavy doors an impossible challenge. I’ve often thought that if I lived alone I’d have to hire someone to come in once a week and open the ketchup, mustard, medications, milk and God only knows what else, in order for me to function independently.

On this very important occasion, remember that disability takes many forms and perceptions are sometimes very narrow. I think of myself as limited rather than disabled, and I’m supremely grateful for that, but, still, the assistance I require is very real. Perhaps, as both the general population and I grow older, we need to create a new category called “limited” and deal realistically with its ramifications. Call the legislation the Americans With Limitations Act. Happy Anniversary, ADA.

Jacqueline Guttman’s entire career – as educator, flutist, arts administrator, choir director and writer – was centered on the arts. In 2013 she founded the Arts for Life Network of New Jersey, which presents and promotes high quality participatory arts programming for active older adults. She is the author of Partners in Excellence: A Guide to Community School of the Arts/Public School Partnerships and co-author of ARThematics: Integrated Projects in Math, Art and Beyond. A musician whose fingers no longer work, she now writes and conducts.