Don’t forget to pick up a copy of IMAGO from our store.

Congrats to Joseph O. Legaspi on the UST Press (Manila) publication of his collection Imago! 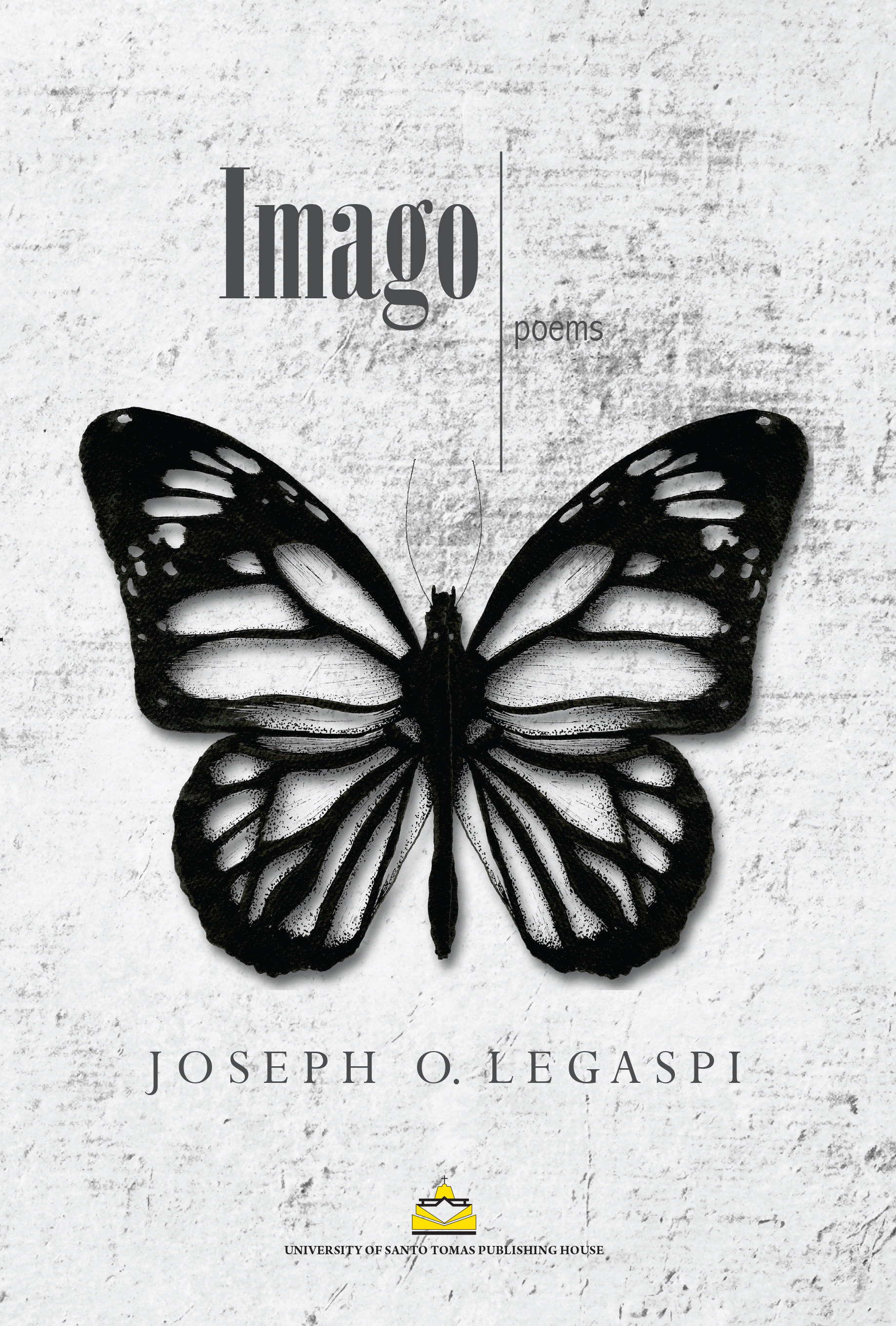 IMAGO is a stunning and, at times, painful love poem to the poet’s Philippine childhood.  Set predominantly in a rural landscape, where folk remedies and beliefs still govern the ways of the locals, these remarkable poems are filled with riveting images and paradoxes—scales of milkfishes are “otherworldly raindrops” while boys wear their sister’s or grandmother’s skirts upon circumcision.  Reading them is like witnessing a sequence of beautiful rituals.  They remind me, once again, of just how much the culture of my and the poet’s first homeland—the one “I never conceived/ of leaving”—is built solidly on preserved customs and rescued traditions: being “baptized by green waters” of boiled guava leaves to remedy the first wounds of manhood, a consultation with a faith healer, a son burrowing his face in his mother’s hair, how it “tickled/ my ears, deadening/ the skeletons/ of nightmares.”  Like a shaman, Legaspi returns the commonplace—those everyday moments we take for granted or have forgotten—back to the ceremonious, and the scars and memories to their dreams.

When I think of my first book, Imago, which would forever be my first, I can’t help but feel immense gratitude.  In part because I felt heartened and validated that someone, a duo, a generous publisher, believed enough in my poems to package and deliver them to the world.  And how unsurprising that one of those important someone was Florenz Eisman.  Such a kind soul, Florenz was nurturing but also truthful, upfront with her opinions, ready with her advice.  With her guidance, the process of book-birthing was relatively painless, rather invigorating and surprisingly humane.  I’ll always be thankful and indebted to Florenz, who played a huge role in making my dream of a book come true.

If our angels hover above us,
they will see a darkening cornfield, the spectral traces
of lightning bugs, and two brothers
lying among the stalks.
We come because sometimes it is hard to live.

The cornstalks, limp under the tropical sun,
revive in the cool of twilight.
The angels will know we have been here for hours.
They will land and rest their feathers around us
and whisper soothing names of winged things: finch, monarch,
whippoorwill, ptarmigan, Daedalus, Icarus, Gabriel…

The angels will bend down and touch their faces
onto ours and borrow our eyes: Earlier,
a horse slipped, breaking its leg.
A boy stood beside his younger brother.
Their father came into the stable, carrying a gun.
Quails flitted out of a bamboo tree; the boy

traced the trail that had led him here,
the field tilled by the dead horse,
where his brother laid down,
dust on his cheeks.