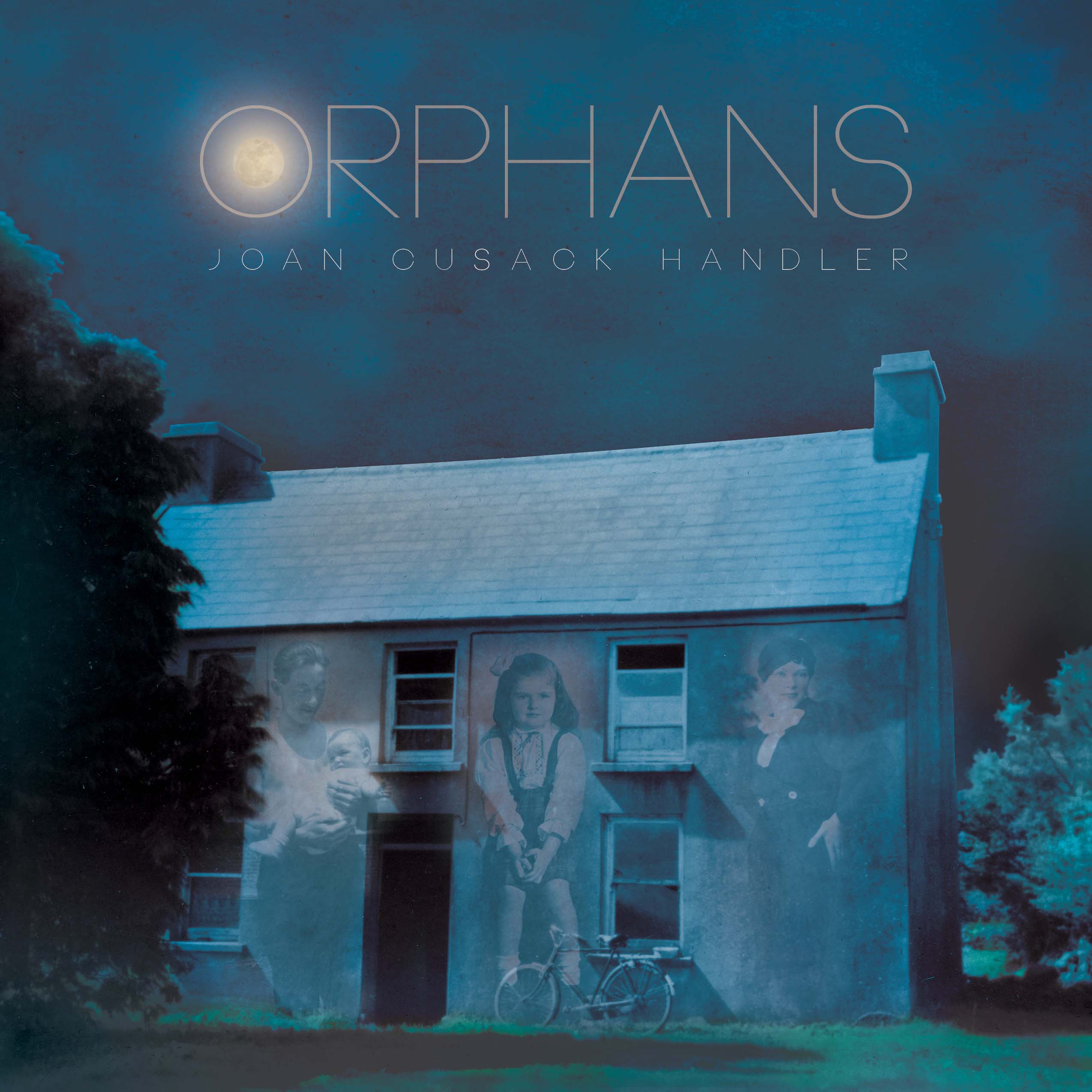 ORPHANS (CavanKerry Press; March 2016; $18.00) is an indelible memoir in verse from award-winning poet and psychologist Joan Cusack Handler that explores the intertwined lives of a daughter and her two Irish immigrant parents. Using three distinct voices, the poet probes both the subtleties of her parents’ stories as well as the complexities of her own, boldly delving into memories cherished and truths concealed. Tackling large themes that affect so many—navigating the imperfection of our families, the challenges of watching our parents age and die, the acknowledgement of loss and the acceptance of our own mortality—the memoir unflinchingly, yet eloquently explores our most primal and ambivalent relationships.

“Joan Cusack Handler tackles the big subjects—family history, aging parents, Irish Catholicism, belief and unbelief, and her own impending mortality—with a fierce, wrenching fearlessness,” says Elizabeth Spires. “She creates portraits of her mother and father that are fully rounded, alive, and moving, the central question for the poet not “Who am I?” but “Who were they?” “Our terrors take over pilot us through/this most shaking of times…” writes Handler with force and grace, recognizing that the bright and the dark, love and the absence of love, must always coexist with each other. ORPHANS is a brave, searchingly honest, and compassionate book.”

In a sequence of poems called “My Mother Speaks,” Handler gives voice to Mary O’Connor Cusack, born in Ireland and left motherless herself at a young age. Like many others, she sailed to America and etched a new life from nothing. Devoutly Catholic, a devoted, if complicated mother, she both confounds and compels her daughter:

I’ve spent my life trying to explain
my mother; she lived in two countries—
love and loss—her mother
the center of both.

(from “No Day was Brighter”)

“My Father Speaks” presents the parallel story of Eugene Cusack, also an economic refugee from Ireland:

The day I left my father went with me
on the train to Cavan Town. We smoked
a cigarette together…

He lit my cigarette and his own
and we sat there saying nothing for quite some time.
We could buy that small field that abuts our pasture, he said.
But I said nothing.
He understood
I don’t know where he thought
he’d find the money for more land.
When we got off the train and said goodbye,
he handed me the pack of Players.
That was the last time I saw him.

The family story that Handler weaves in ORPHANS is at once familiar and unique. It is at center a love story—not only the quiet love story of her parents, but the larger, messier story of family love—that resonates with telling details of childhood and beyond. As the parents inevitably age, and die, the poet herself grapples with what it means to be the orphan herself.

When did it happen
that the future started
to darken,
shrink,
pick up speed in that
final sprint that will wipe out all
love from my life?

(And I face what’s left helping us die.)

In ORPHANS, Handler continues to play with the signature use of visual form that has long marked her poetry. Heralded for “both honesty and balance” (Baron Wormser), this five-time Pushcart Prize nominated poet is working at the peak of her powers, writing with clarity and sentiment, while eschewing sentimentality.

Joan Cusack Handler is a poet and memoirist, editor, and psychologist in clinical practice. She has published 3 books—2 poetry collections (GlOrious and The Red Canoe: Love In Its Making) and a memoir (Confessions of Joan the Tall). Recipient of 5 Pushcart nominations and a Sampler Award from The Boston Review, she is the Founder of CavanKerry Press Ltd. A Bronx native, she currently lives in Fort Lee, NJ and East Hampton, NY.