“When a Roadside Altar Speaks,” poem by Dimitri Reyes

Are you up for a deep poem exploration? If yes then put on your hardhat with the headlamp on it and get ready to go “poem-lunking” (yep, my newly coined word for close reading).

Today I want to talk about a poem featured in the Dispatches From 2020 folio from CavanKerry’s own Marketing & Communications Director, Dimitri Reyes. Particularly, how his poem, “When a Roadside Altar Speaks” uses indirectness as a rhetorical strategy in which it, as Emily Dickinson once famously wrote, “Tell[s] all the truth but tell[s] it slant.” This can be a very powerful strategy; if used well, it compels a reader to travel into the poem’s deep, possibly dark, spaces. In this case, indirectness allows for a direct and passionate political statement to be made in a way that invites both listening and responding. Remember, good poems want to engage the reader in a two-sided conversation.

This week’s note will be quite free-form because I want to suggest a few ways in which you might approach a poem. It will also be incomplete (i.e. I’ll concentrate on the opening and closing lines) because it would take a much longer note to do a comprehensive analysis of “When a Roadside Altar Speaks” … which means you’ll still have a lot of poem to explore on your own! 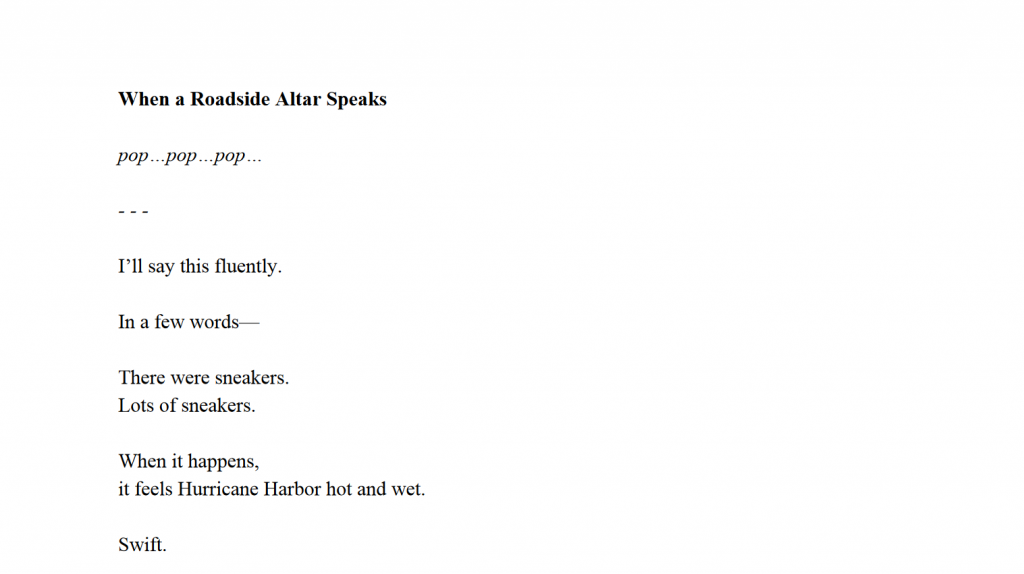 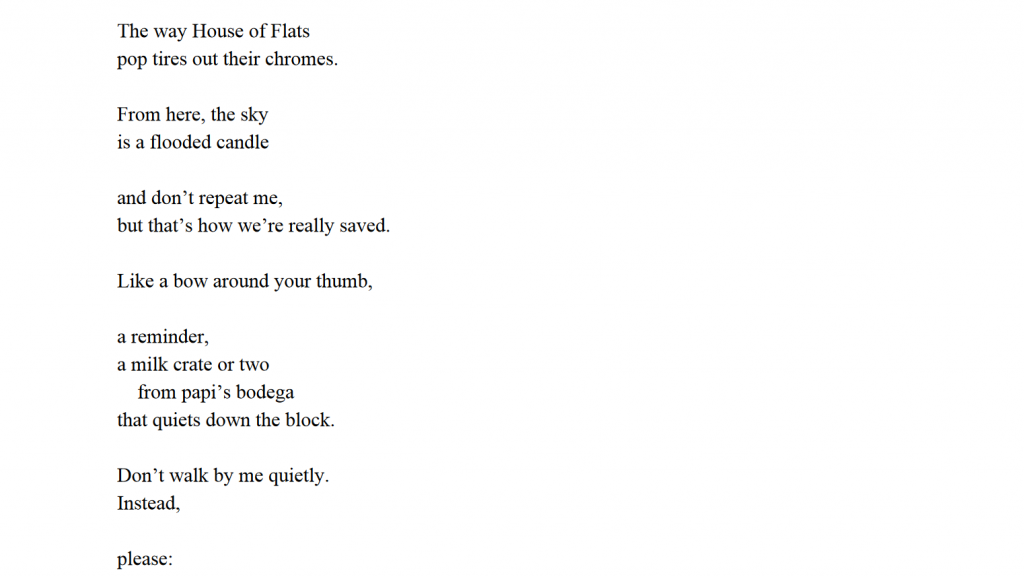 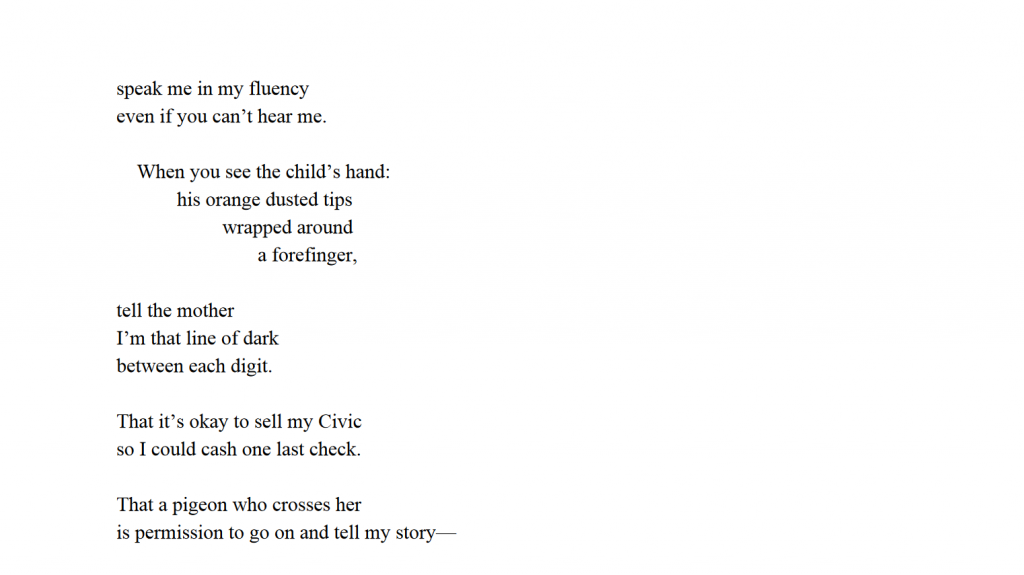 Here’s the link to the award-winning video poem.
Dimitri does a great job of honoring his own line & stanza breaks.

Dimitri, understanding that some images were regionally/ experientially specific, included a handful of notes with his submission to this project, which he allowed us to post here. After you’ve watched the video, reread the poem while taking his notes into consideration. 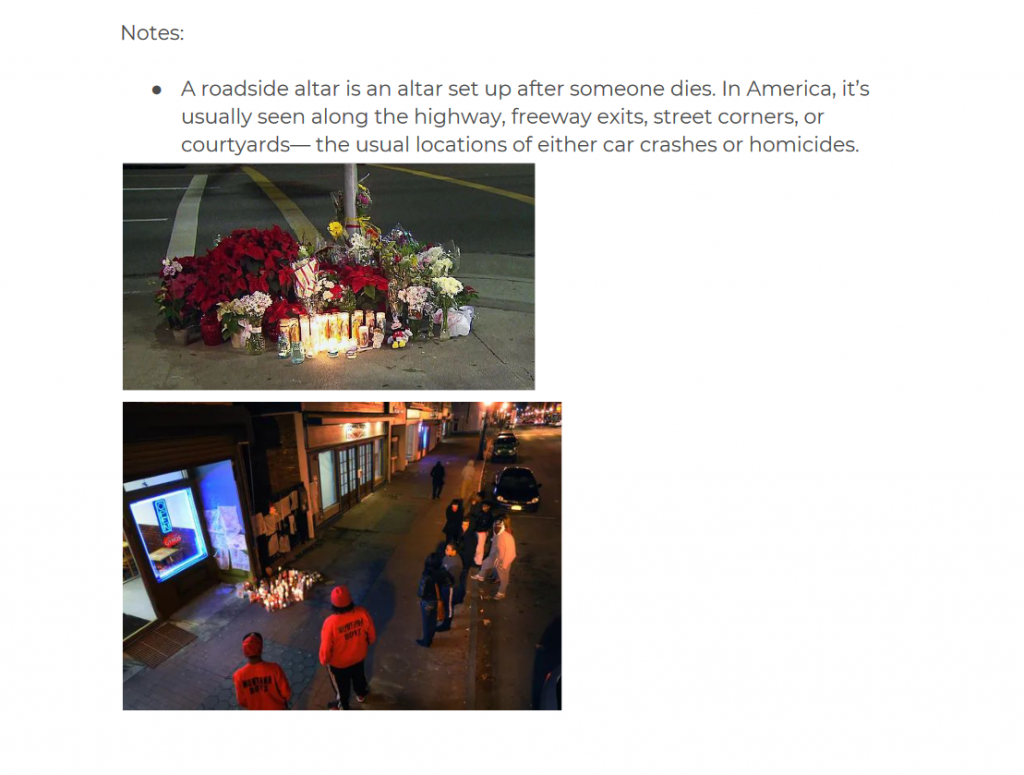 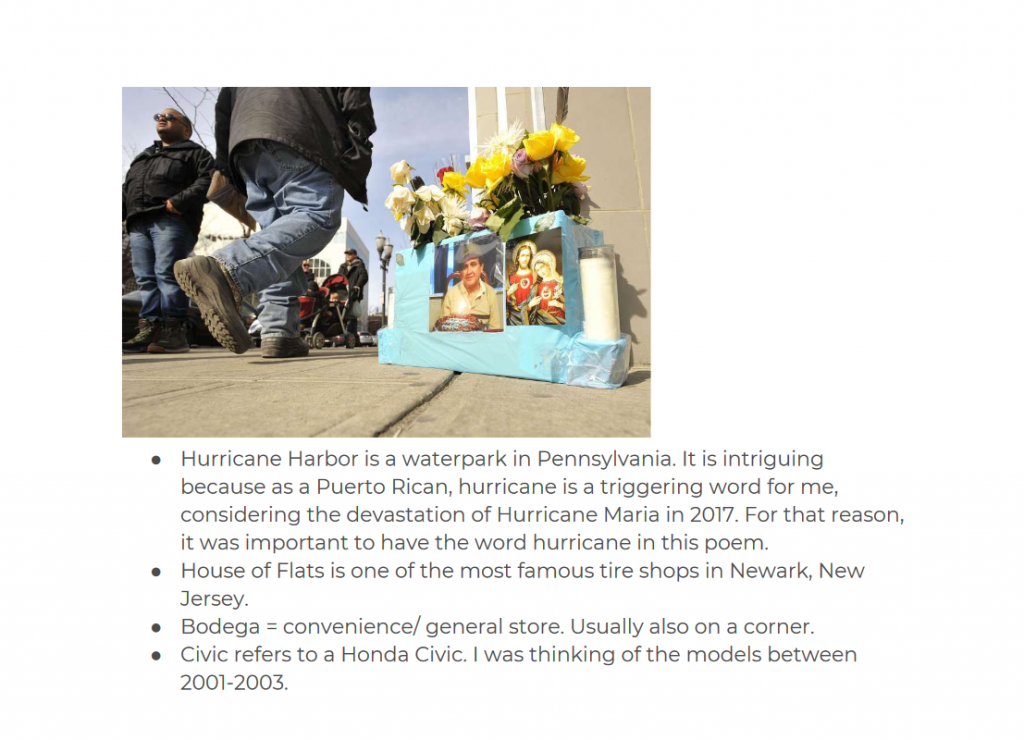 On my first reading I “got” the overall sense of the poem but that wasn’t enough. The poem called me back; it said, “No, pay closer attention to what I’m saying.” When I did, here’s some of what I heard:

Whew. Exploring the opening eight lines took time but now the full horror of the narrative has been excavated: this roadside altar commemorates the homicide of a young person. The altar seems to be telling a reverse-narrative. Maybe telling us its origin story?

Which leads me to the end of the poem where something quite marvelous happens.

It begins with the line “That it’s okay to sell my Civic.” Huh? Roadside altars don’t own cars. What’s going on here? Remember I said earlier that the “- – -“ was a transitional moment in which the altar took over as the voice for the unknown person in the first two lines? Well, with this line, the altar returns the voice to the victim. Again, thinking in terms of how to get us to listen, it’s a brilliant move. The altar as narrator added a slight distancing which pulled me into the poem … at this moment the altar steps aside and the victim speaks. And oh, though the victim was old enough to own a car, at the moment of death, he sounds so so young.

The final seven lines are devastatingly raw and vulnerable. Honestly, I can’t even transcribe them because they hurt my heart. If I were reading this poem to an audience, then, at this point, my voice would be buried in tears. Not only does this poem get me to listen to another’s experience, it gets me to feel another’s experience. Listening. Empathizing. Couldn’t we use more of them nowadays?

Our poem-lunking expedition is finished for the week but I hope you spend more time with this powerful poem.

As of now, I have no idea what poem-cave we’ll be exploring next time.
Without a doubt some poem or another will grab my arm and say, “Listen to me.”

like what you just read? read the rest of Dispatches from 2020 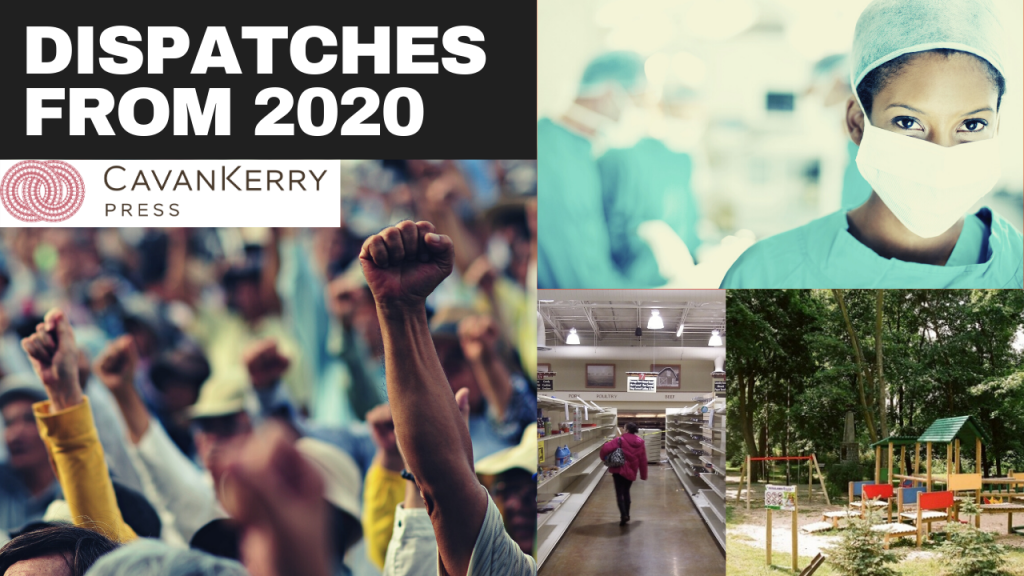