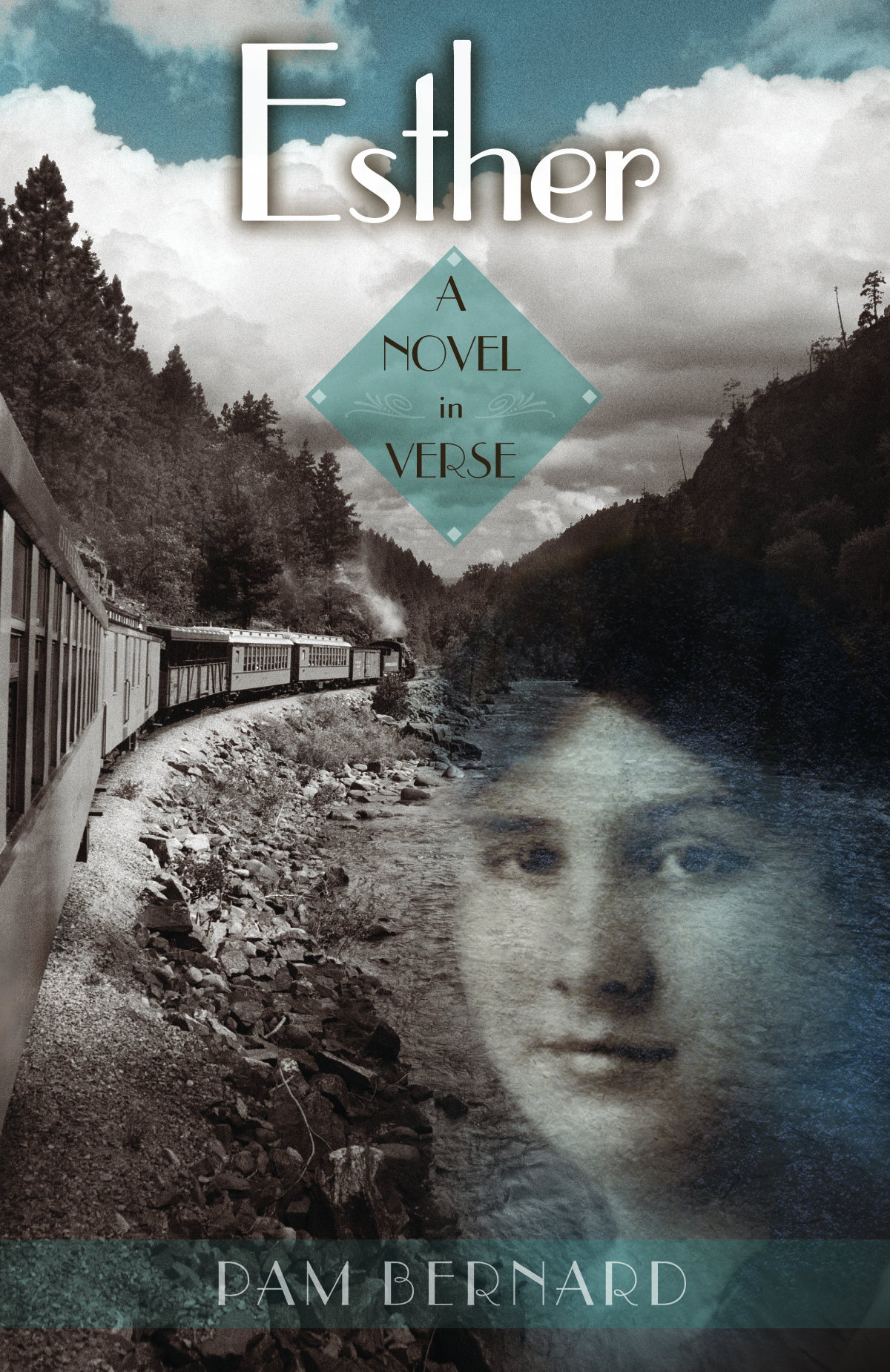 ESTHER
A Novel in Verse
by Pam Bernard

Fusing a poet’s voice with a novelist’s narrative craft, Pam Bernard’s ESTHER, is an affecting novel-in-verse that tells the harrowing and transcendent story of a young woman’s struggle against violence and loneliness. Set before a vividly-drawn backdrop that sweeps across the American landscape and recreates a particularly vibrant time in our history, this daringly original work—from an acclaimed poet whose work has appeared in TriQuarterly, Spoon River Review, Prairie Schooner, Salamander, and many other journals—is about family, place, incest, love, hate, survival, and salvation.

“Rather than rely primarily on plot to tell this story, I have developed characters who embody the failings as well as the beauty of the human spirit,” explains Bernard. “ESTHER begins in the early 20th century on the American prairie, and follows the journey into adulthood of a young girl who, in order to endure the dangers of family, escapes early on into the mysterious world of words. And in the broader sense, human time set against geological time serves to frame Esther’s extraordinary experience—stark human reality recast against Steinbeck’s sentient earth, where wind cried and whimpered over the fallen corn.”

Esther is raised on a farm in Kansas, the eldest child of a troubled marriage. When she is still a child, her angry father, Aaron, begins to molest her as her helpless mother, Bessie, turns a blind eye. The country girl accepts her hardscrabble existence, getting lost in her own head, taking refuge in the natural world that dictates the rhythm of life, as well as the pages of the encyclopedia. Her life is sequestered. Then, Aaron announces that he has accepted a temporary job at a logging camp in Colorado. He will take only one member of the family with him: Esther.

As they travel by train across the Prairie, Esther discovers a wondrous landscape. And in the mountains, so discovers something new—love — in the guise of Raymond, a shattered WWI veteran who is haunted by his experiences as Esther is, in her way, by her own. Together, they vow to escape Aaron’s grasp, and when they dare to take flight, unimaginable events unfold. En route to California, Esther disappears into the desert for two days to expunge her body of the vestiges of Aaron’s sins, finding a mystical form of healing along with a devastating sense of loss. In Los Angeles, bustling with nascent possibilities, Esther and Raymond begin to mend, but the fates prove unforgiving. Only by confronting the past will Esther find comfort in the future.

Exquisitely wrought and profoundly moving, ESTHER is a singular book-length poem about memory, loss, and redemption, and how language, incremental and pure, can hold the key to the truths that help us live.

Pam Bernard, a poet, painter, editor, and adjunct professor, received her MFA in Creative Writing from Warren Wilson College and BA from Harvard University. Her awards include a National Endowment for the Arts Fellowship in Poetry and a MacDowell Fellowship. Ms. Bernard lives in Walpole, New Hampshire, and teaches at the New Hampshire Institute of Art and Franklin Pierce University.

This project is supported in part by an award from the National Endowment for the Artso find out more about how NEA grants impact individuals and communities, visit www.arts.gov.