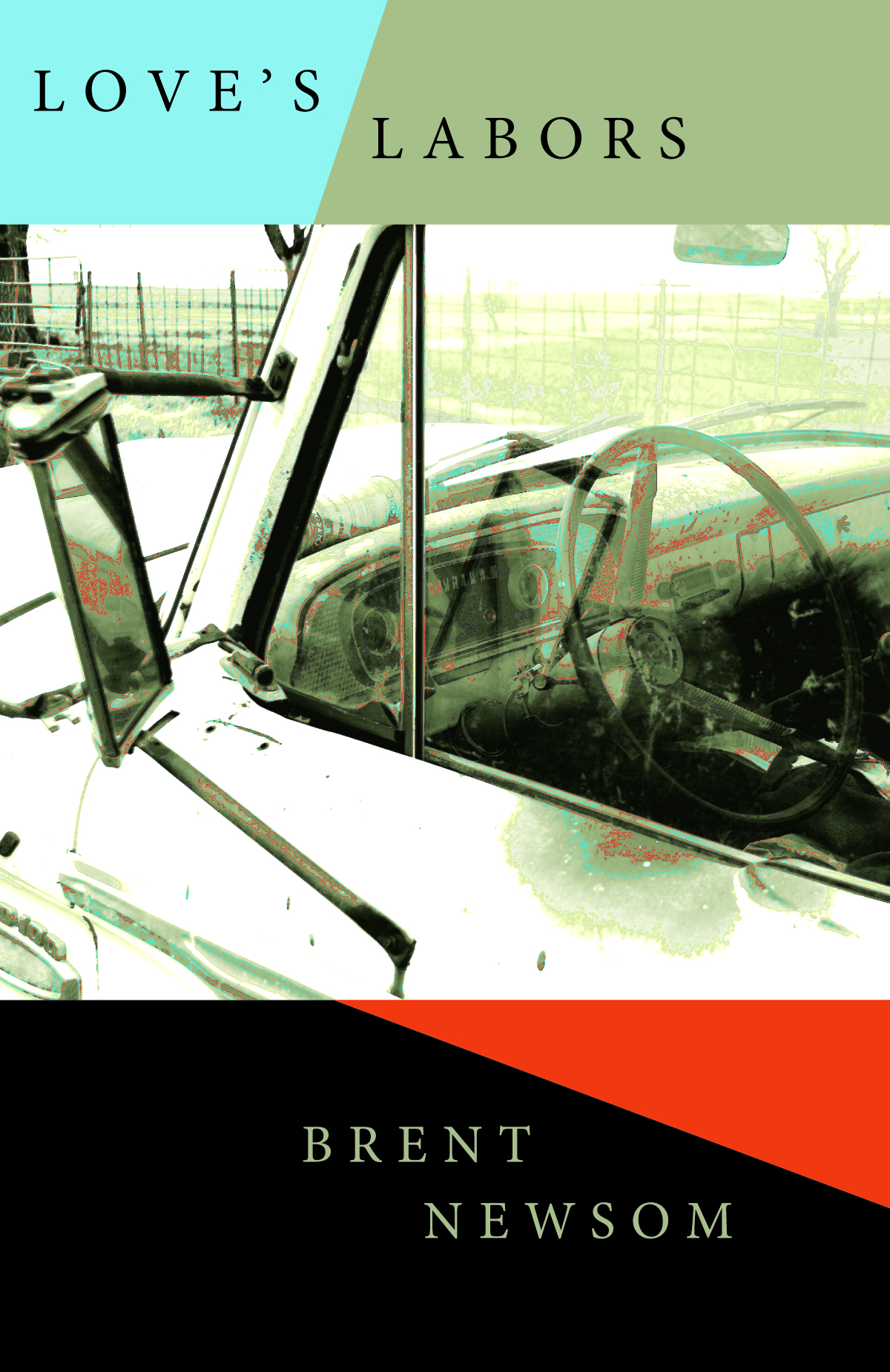 Like interconnecting stories that form a novel, the poems in Brent Newsom’s debut collection, LOVE’S LABORS, coalesce into a narrative of an indelible place and its people. A southern community marked by family, work, violence, passion, patriotism, faith, and skepticism – that is to say, all that makes us human – is brought to singular life in these penetrating poems, some of which have appeared in such journals as Southern Review, Tar River Poetry, Louisiana Literature, and The Oklahoma Review.  These poems are about our relationships, corporal and spiritual, and about the everyday miracles we encounter in our lives.

“Miracles will always be questionable, of course,” writes Sydney Lea in his foreword to the book, “yet we can’t help but believe in the author’s wisdom, finding in his work a scope and resourcefulness that do feel miraculous, even as they feel non-miraculous, in the sense that Newsom pays the keenest and ultimately the most loving attention to the quotidian lives of his collection’s creatures….The vigor and resourcefulness of Brent Newsom’s language and his varied formats—from the most strictly conventional to the most wide-open free verse—would be enough to command our applause; marry these to the wisdom I mentioned at the outset, and to a fellow-feeling that far transcends mere toleration, and you have, as you will soon see, a work not only artful but also, if we attend to its example, morally improving. One can’t ask much more of poetry.”

These characters come alive through their interactions:  a G.I. carrying the weight of the Iraqi war; a widow, freed from the ties of husband and children, discovering new aspects of life; a redneck auto mechanic with a dangerous sexual energy—each harbors surprising sensitivities in a complex heart. And then there is another, perhaps the poet himself, who chronicles his wife’s pregnancy (love’s most miraculous labor) and the apprehensions of the coming of fatherhood with keen-eyed wonder:

We’ll take you home to four small rooms,
one just for you: your name brilliant
in bubbled letters, glass balloons
like buoys in the corner. Your mother
pressing you to her breast, we’ll step
into our asthmatic old apartment,
an April wind rushing in behind,
fresh oxygen borne in our blood.

A central concern in Newsom’s poetry, faith lives comfortably alongside the secular affairs that fill these small town lives. Another character, a minister’s wife, has her doubts as she sits respectably in the pew and listens to her husband’s sermon. Prayer sustains the anxious father-to-be. The damaged army private finds grace in the silences of home that offer the possibility of something larger, and more mysterious. Even the town’s name, Smyrna, gently nods to the Book of Revelation that guides both Catholics and Protestants in the Bible Belt community.

This poet’s voice, honest and unvarnished, forever seeks simple, universal truths: “I learned that faithful care/for what’s not yours, and pride in your labor (like a father’s/in his son), and light enough to finish what you start/are each a kind of grace” (“Inheritance”). Marked by formal control and emotional range, the poems in LOVE’S LABORS are deceptively straightforward and profoundly moving.

A native of southwest Louisiana, Brent Newsom has also lived in Oklahoma, Texas, and, for briefer stretches, China. His poems have appeared in journals such as The Southern Review, The Hopkins Review, PANK, Cave Wall, and Birmingham Poetry Review, as well as several anthologies. Currently he lives in Oklahoma with his wife and two children.