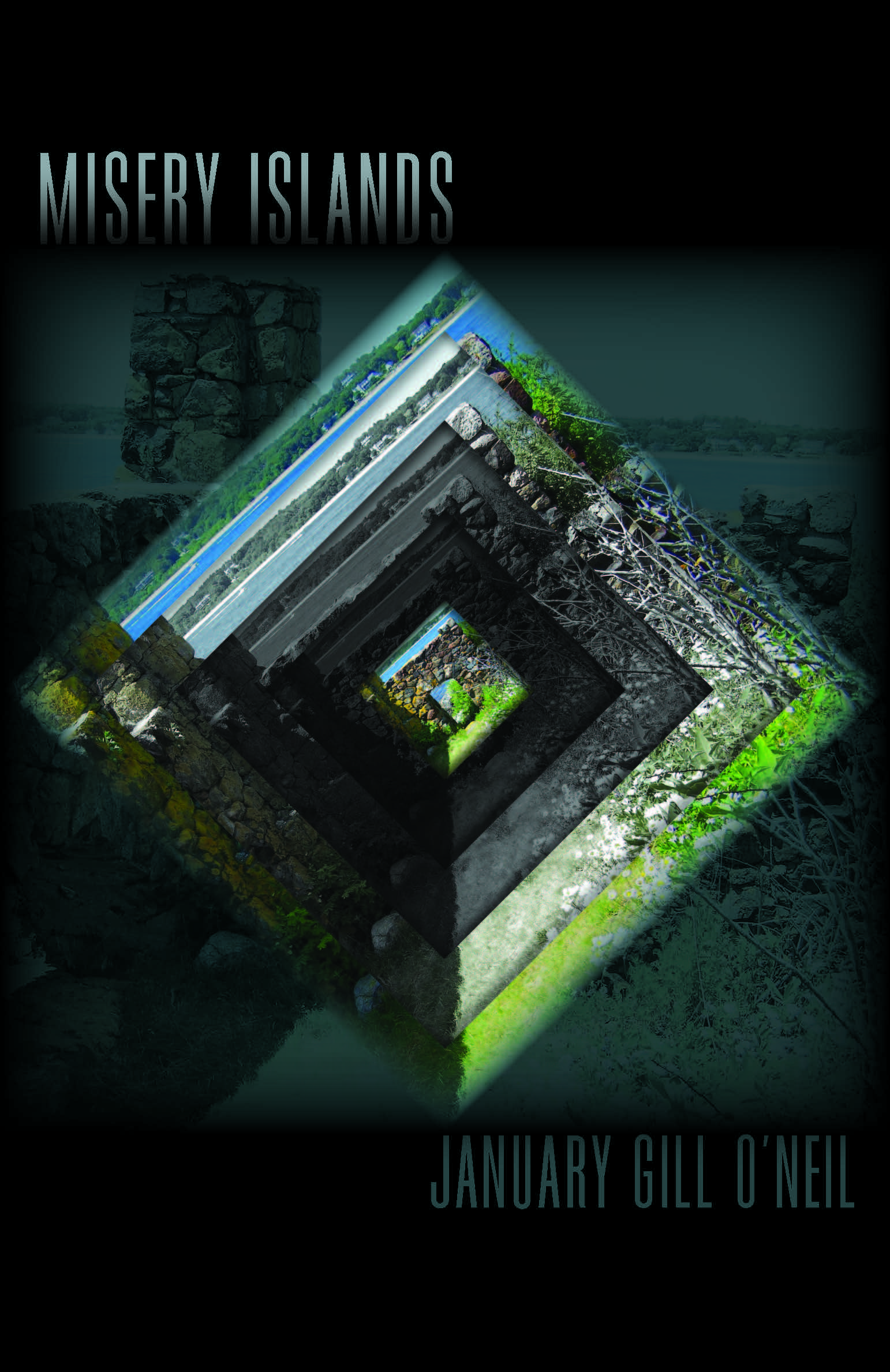 In her second collection of poems, MISERY ISLANDS , Paterson Poetry Prize finalist January Gill O’Neil probes the rocky landscapes of family and marriage, as well as the struggle to get by in our troubled times. These poems, some of which first appeared in such prestigious publications as Ploughshares and North American Review and were twice nominated for the Pushcart Prize, delve lyrically into the experiences of a woman, wife, and mother as she navigates the turbulent waters of transition with reflection, flashes of ironic wit, and ultimately, acceptance.

“O’Neil candidly writer about family…of single-motherhood and of love, and in doing so penetrates the exquisitiveness of the everyday while highlighting the challenges of living as an artist and mother,” says Major Jackson. “Indeed, there is fine balance of imagery and story and song that makes this a fine collection to own, to read back one’s own solitariness, one’s own joy.”

MISERY ISLANDS takes its name from a cycle of poems that uses the two islands off the coast of Massachusetts—Great Misery and Little Misery—as a metaphor for the “unforgiving terrain” of the beleaguered heart: “Two islands,/one shadowing/the other,/both untouched.” Visits to these islands, real or in memory, trace the trajectory of a hopeful love affair and a marriage unraveled.

We were never of one body.
You said wind. I said water.
And whatever connected us has all but disappeared.

I was the reedy weeds clinging to the bottom edge of everything.
I was the red algae rotting on the shore in the summer heat.
I was the stinging salty air, the air around your tongue.

Out of your tongue you carved a boat.
Out of the boat you sailed to a new life.
Out of your lifeboat I was wrecked.

No man is an island but it lives inside of you,
adrift in you like a rupture, a fault,
magma rising from your ocean floor
as you become whoever you are becoming.

O’Neil begins the collection with a series of poems that explore the daily reality of the working poor: A stout man tries to obtain unavailable funds from an ATM, another clears out the detritus of poverty and steam cleans away the stains of despair from rent-to-own sofas. Other poems find the poet in the company of women—bathing her elderly mother, laughing over coffee “as Billie Holiday croons above our heads,” baking a cake: “We let things rise the way women do/to make something near perfect.” Newly divorced, she haunts home improvement stores in search of capable, reliable men. Her sometimes anger is verbalized in a forbidden four-letter word or wielded in the sharp blade of a cleaver. She gives tentative advice to a biracial son about to face the world, shampoos her daughter’s hair, and wonders what her kids will write about her in years to come.

Afaa Michael Weaver has said, “O’Neil praises life with subtle wisdom wrapped inside the most delicious language.” Denise Duhamel calls her work “substantial, playful, and compassionate—even when dealing with difficult themes.” MISERY ISLANDS is a brilliant—and much anticipated—follow up to this rising poet’s highly acclaimed debut, Underlife, that journeys further down the road of one contemporary woman’s life.