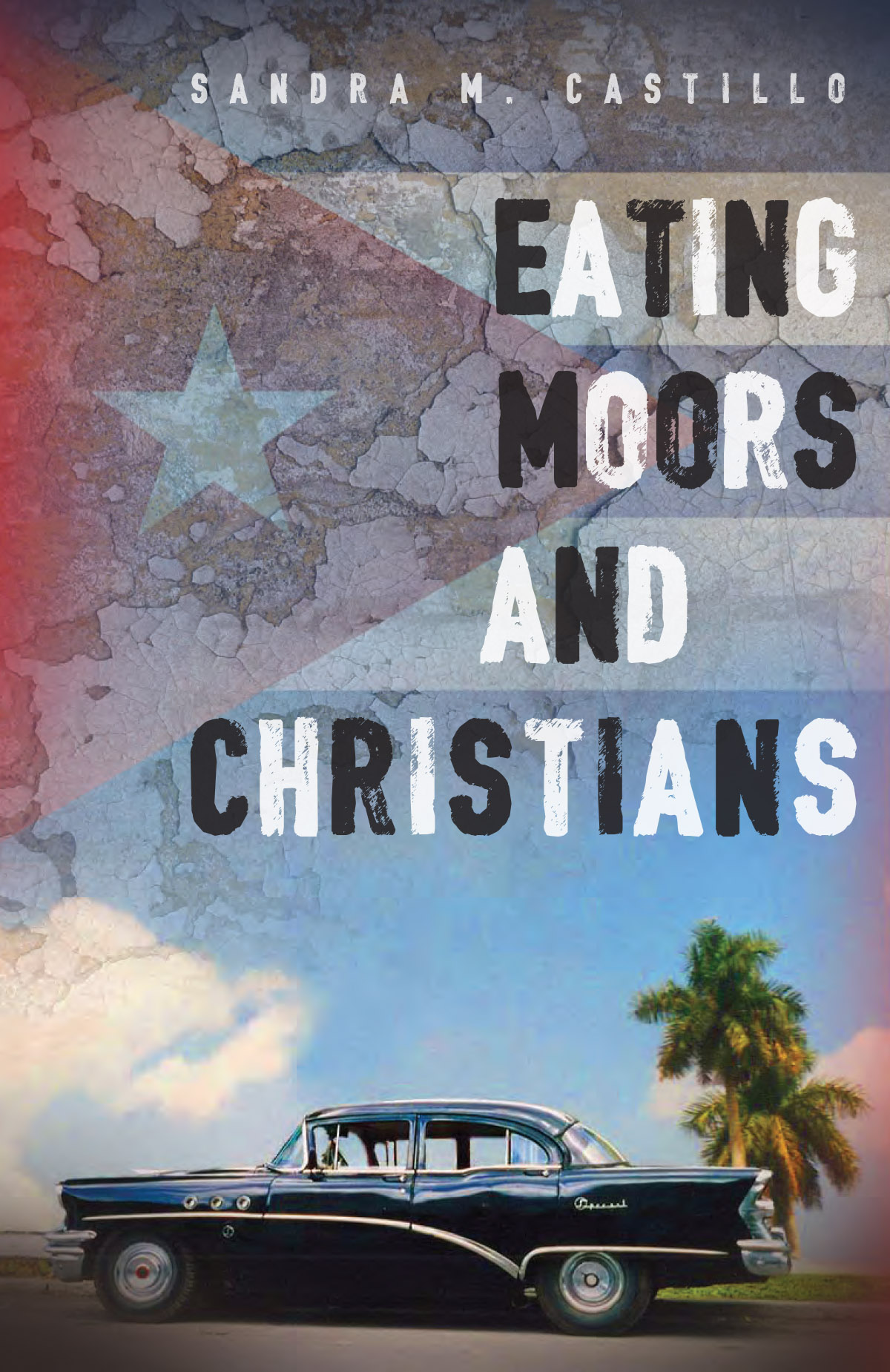 Straddling two worlds—Cuba before and during its revolution and Miami among its post-flight diaspora—Sandra M. Castillo’s collection of poems, EATING MOORS AND CHRISTIANS (CavanKerry Press; April 2016; $16.00) probes the complicated convergence of memory and truth. Using the metaphor of photography to capture in words the visual power of historical witness, Castillo’s penetrating poems evoke the particularity and universality of the exile experience. Writing in both verse and prose-poem, often shifting into Spanish to capture elusive cultural subtleties, the poet draws on her own—and her extended family’s—life in Cuba, émigré experience, and return visit to a strange, but familiar homeland.

Here, in this landscape of hard edges, perfect sorrow, where I know
who I am, I measure distance with language and guilt as our ghosts,
the black and white faces of the past, spread out against a crocheted
bedspread, ancestors with our last name, people I never knew, relatives
no one recalls, though they have been passed down for generations, the
membrane severed, the connection lost between the future y los acres de
el olvido, marcando mi vida sin pedir permiso.

This is where I come from, a place that exists in photographs I never owned.

Castillo’s poetry is tropical in its colors and rhythms, yet the story it tells is often shadowed in the despair and uncertainty of turbulent times. It can be a world of decay and forgetting: “I push open the Caribbean windows/to this landscape of sorrows and shadows,/empty storefronts, mildewed tenements/where elderly men bathe on balconies/con cubos of rain water” (“Hotel Ambos Mundos”). But, equally it is about remembering, albeit a memory tinged in sorrow and loss: “I can swim through the oil-black thickness/and come up for air/in Cuba, the country of memory,/but only if I can hold my breath/longer than two minutes, the depth of night (“The Dream”).

The personal history about which Castillo writes—one which she shares with so many exiles and refugees, Cuban and other—is rife with inner conflict, driven by a search of identity. And, yet, in the hands of a powerful, perceptive poet, the individual voice emerges, forging its own place in the world:

Separated by the Caribbean, secret underwater mines,
a revolution, ninety miles of nostalgia, a new language,
I no longer remembered myself.
I had become someone else, the Other,
a stranger, a skeleton of whom I might have been

(from “Unearthing the Remains”)

“[T]he landscape of loss and gain we call exile, seen through the poet’s sharp eye and described in a voice that never wavers from the truth,” said Pablo Medina of Castillo’s award-winning earlier collection, My Father Sings to My Embarrassment. “I felt I was re-encountering Cuba in the light of new imagining, freed of ideology and therefore resplendent and complete.” With EATING MOORS AND CHRISTIANS, a welcome addition to CavanKerry’s Emerging Voices series, Sandra M. Castillo strengthens the elusive bond between past and present, between memory and art.

Sandra M. Castillo was born in Havana, Cuba, and came to the United States on the Johnson administration’s Freedom Flights. She received her MA from Florida State University. Her poems have appeared in a wealth of publications and anthologies, including: The North American Review, The Connecticut Review, The Florida Review, Cimarron Review, Little Havana Blues, and Paper Dance: 52 Latino Poets. In 2002 she received the White Pine Press award for her collection, My Father Sings to My Embarrassment, selected by poet Cornelius Eady who described Castillo as “a poet who can make Cuban and Cuban-American history link arms and dance.”