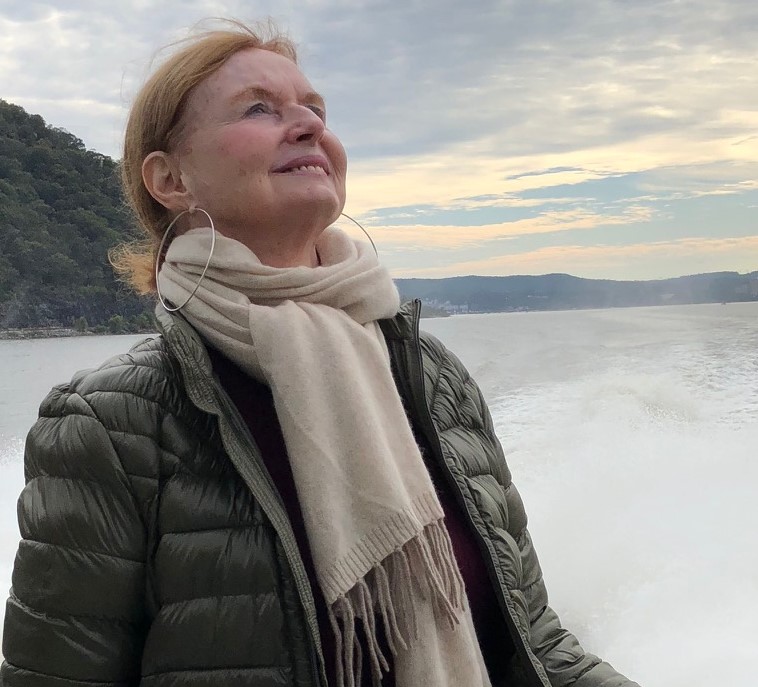 As the founder of CavanKerry Press, Joan is a poet and memoirist, a psychologist in clinical practice, and a blogger for PsychologyToday.com (“Of Art and Science”). Her poems have been widely published and have received awards from The Boston Review and five Pushcart nominations. A Bronx native, she has four published books and currently resides in Brooklyn and the East Hamptons. Joan is married to a great man and fellow psychologist, has a loving son and daughter-in-law, and two amazing granddaughters. 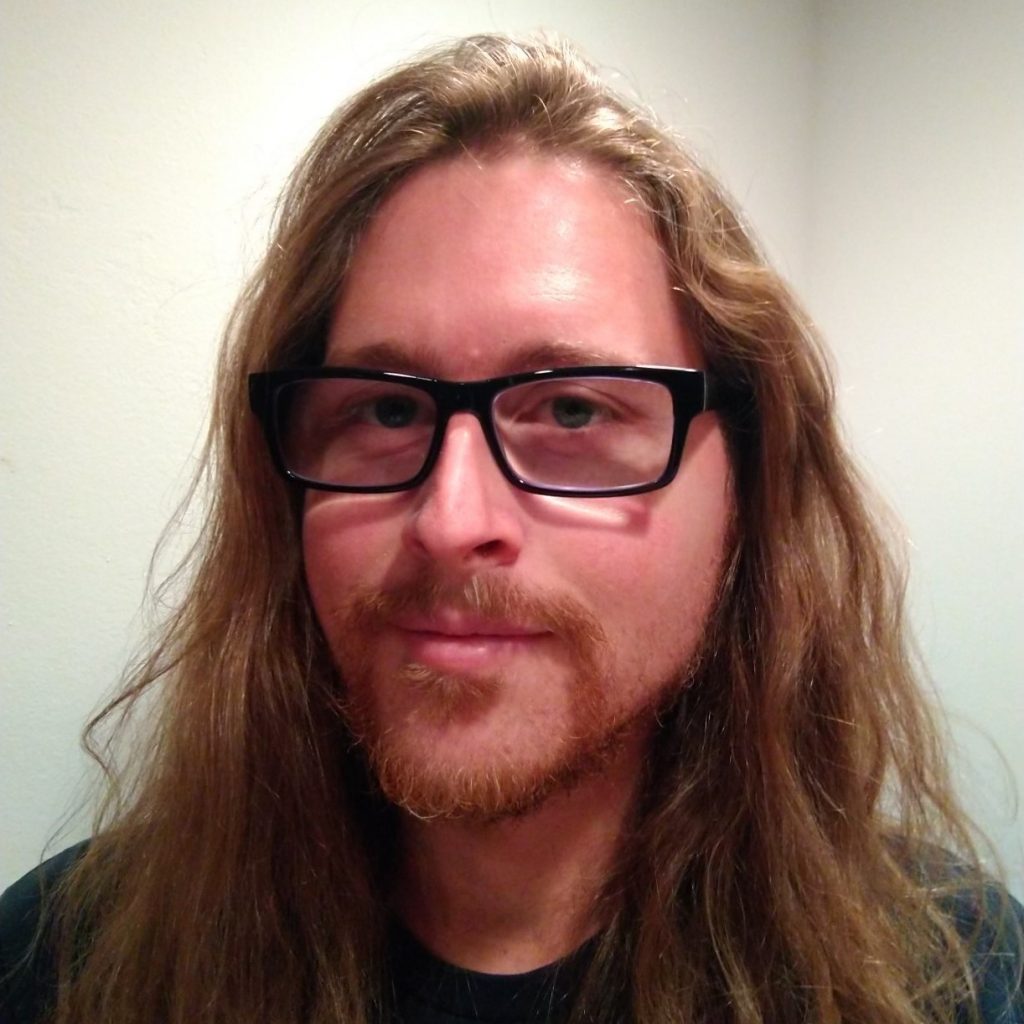 Gabriel Cleveland is a poet and fiction writer with an MFA in Creative Writing from Pine Manor College. Along with Joan Cusack Handler, he co-edited Places We Return To, a 20th Anniversary retrospective on the publishing history of the press. An avid video gamer and music lover, he hosts The Andover Special, a weekly internet radio program on HomeGrownRadioNJ. Gabriel is also a mental health advocate, often working online to raise awareness, visibility, and money for psychological and psychosocial issues. He has spent several years in the field of caregiving for people with increased physical and/or mental needs and wants you to know that you’re not alone. 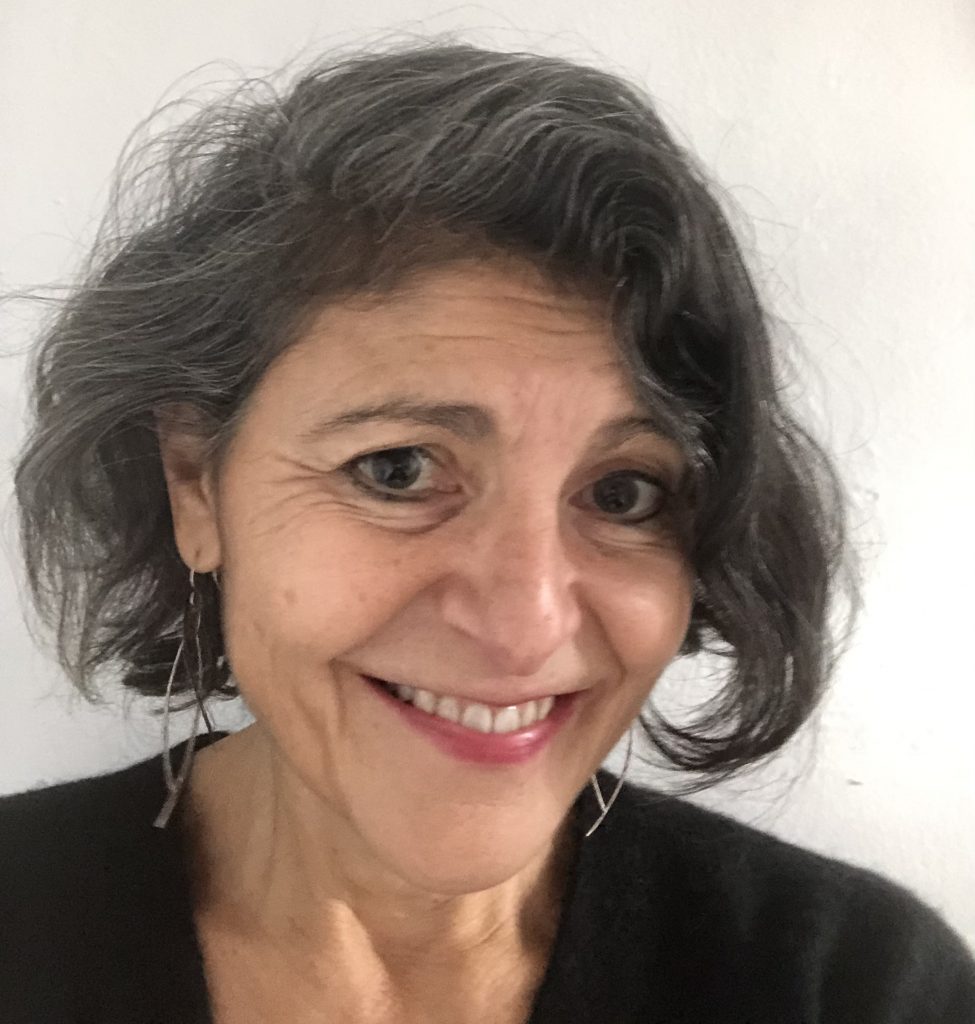 Dana Harris-Trovato, is a fiction writer who has been professionally involved in creating and managing nonprofits for over 25 years. She was longtime Associate in Education and Program Development for the Touchstones Discussion Project, which uses the discussion of literature to help students in K-12 schools build critical thinking skills.  As Chair of the CityLit Project in Baltimore, she works to support authors and promote underrepresented voices. In 2020, she received her MFA in Creative Writing from St. Francis College in Brooklyn, NY, where she is currently an Adjunct English Professor. Dana is in the final edits of her first novel. 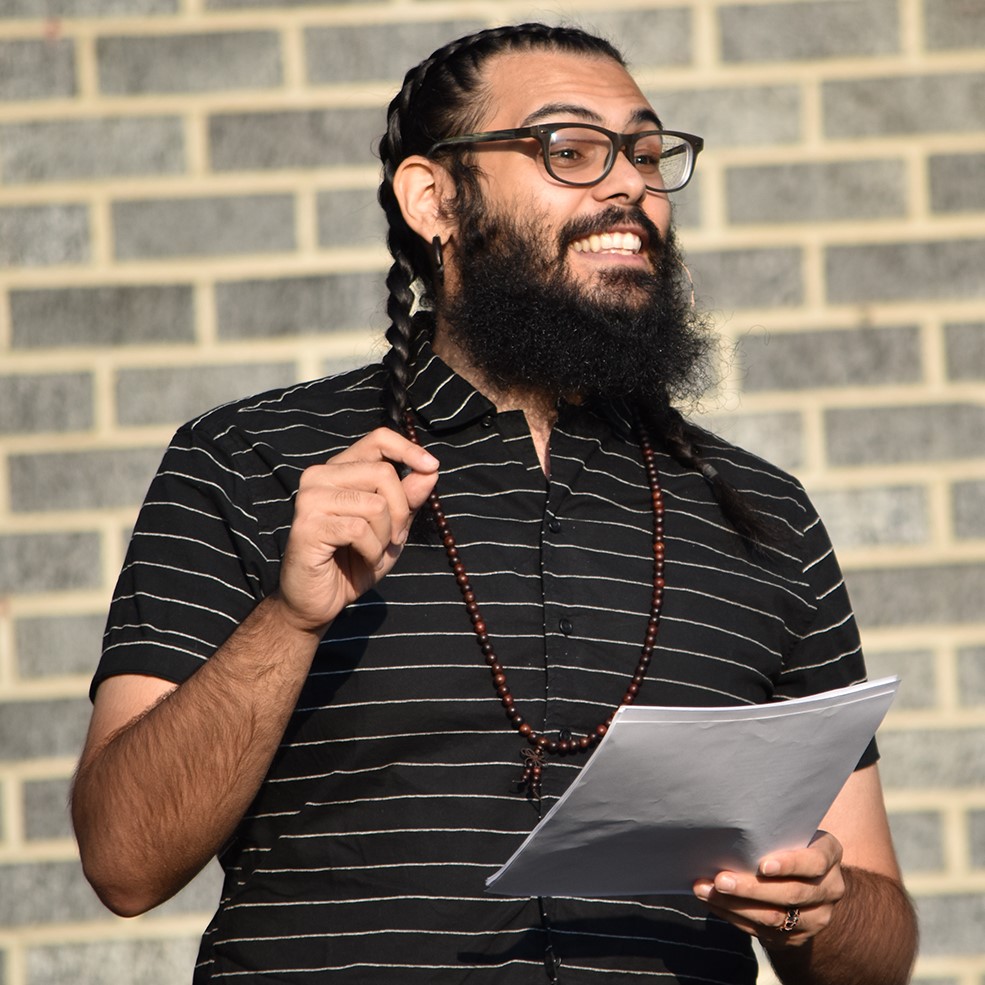 Dimitri Reyes is a Boricua multidisciplinary artist, YouTuber, and educator from Newark, New Jersey. Dimitri’s first book, Every First and Fifteenth (2021) is the winner of the Digging Press 2020 Chapbook Award and his second book, Shadow Work for Poets: Prompts to Guide Your Poetic Journey (2022) is now available on Amazon. Some of his work has been nominated for a Pushcart and Best of the Net. You can find more of his writing in Poem-a-Day, Vinyl, Kweli, Duende, Obsidian, & Acentos. He an artist-in-residence with the New Jersey Performing Arts Center. Learn more about Dimitri by visiting his website at https://www.dimitrireyespoet.com/ 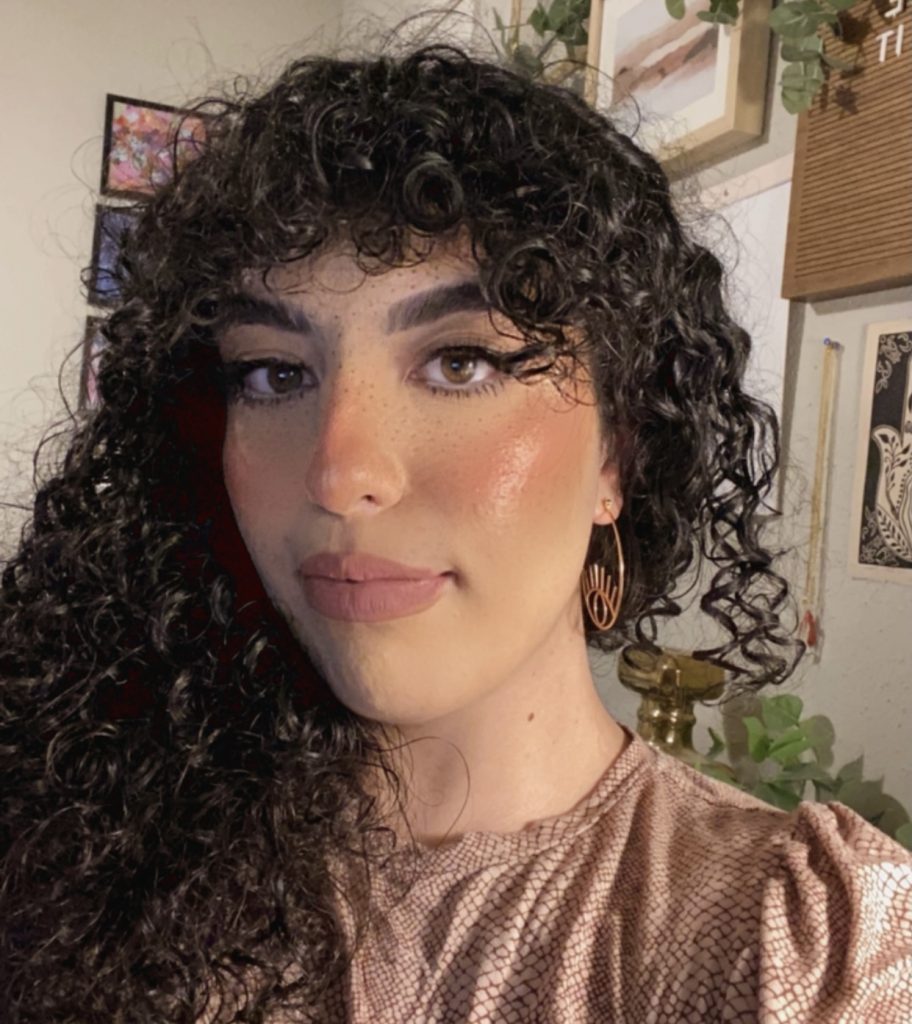 Tamara Al-Qaisi-Coleman (she/her) is a bi-racial Muslim writer, historian, poet, and artist. Her first book of poetry “The Raven, The Bayou, & The Willow ” is forthcoming through FlowerSong Press Spring 2022. She is a Brooklyn Poets Fellow, a Rad(ical) Poetry Fellow, and a poet for the Houston Grand Opera & MFAH’s event “The Art of Intimacy.” She is a Best of the Net Prize nominee. Her work can be found at www.tamaraalqaisicoleman.com

Joy Arbor, Copyeditor
Joy Arbor is a poet, writer, and copyeditor with an MFA from Mills College and a PhD from University of Nebraska-Lincoln. A writing teacher for fifteen years, she resigned her tenured professorial position in 2018 to write and edit full-time; she now edits poetry, memoir and other nonfiction, and scholarship/academic materials. She feels honored to be able to help get writers’ words out into the world. For more about Joy’s editing, poetry, and other writing, please visit her website at https://joyarbor.net/.

Ryan Scheife, Designer
Ryan Scheife is a graphic designer specializing in all aspects of book design, including cover design, page design, typesetting, and production. Ryan manages various aspects of production, coordinating with editors, artists, and printers to produce the highest quality books. He also manages eBook conversion for both ePub and Kindle. He enjoys working with the finished text to create beautiful, engaging, and exciting works, and prides himself in offering an experience that is time-efficient and worry-free. Visit http://mayflydesign.com for more information.

Baron Wormser, Content Editor
Baron Wormser is the author of nineteen books (including The Poetry Life Ten Stories, 2008, Impenitent Notes, 2011, and Unidentified Sighing Objects, 2015). Wormser has received fellowships from the National Endowment for the Arts and the John Simon Guggenheim Memorial Foundation. From 2000 to 2005 he served as poet laureate of the state of Maine. In June, 2020, Baron published Songs from a Voice, Being the Recollections, Stanzas and Observations of Abe Runyon, Songwriter and Performer, a fictional consideration of the early years of Bob Dylan. He lives in Montpelier, Vermont, with his wife Janet.

Monica Yus
Manager of merchandising and sourcing at The Metropolitan Museum of Art, with 13 years of global merchandising experience from her time at Brooks Brothers.

Cornelius Eady
Cornelius Eady’s seven poetry collections include: Victims of the Latest Dance Craze, winner of the 1985 Lamont Prize; The Gathering of My Name, nominated for a 1992 Pulitzer Prize; and Hardheaded Weather (Putnam, 2008). He is co-founder of the Cave Canem Foundation and a professor of English at SUNY Stony Brook Southampton.

Judith Hannan
As a speaker and panelist on the topic of the healing power of writing, she is a writing mentor with the Memorial Sloan-Kettering Cancer Center’s Visible Ink program where she also serves as an interventionist in a study to evaluate the benefits of expressive writing among elderly cancer patients. In June, 2016, Ms. Hannan joined the faculty of the inaugural Narrative Medicine program at Kripalu.

Afaa Michael Weaver
Weaver was a member of Cave Canem’s first faculty at the retreat in 1997, and in 1998 he became the first “Elder” of the Cave Canem organization. His papers are held in the Howard Gotlieb Archival Research Center at Boston University.

Elena Neoh
As an editor and previous Social Media Coordinator at CavanKerry, Elena’s fascination for words progresses alongside her Teaching Assistantship and graduate studies in Creative Writing. Her works can be found in Cleveland Magazine, LivewireAu, Luna Negra, and more. During her free time, she reads manuscripts for Autumn House Press, listens to podcasts, and strums the guitar.

Sony Q. Ton-Amie
Sony Ton-Aime is the director of Literary Arts at Chautauqua Institution. He is the author of a chapbook, LaWomann (2019), & the forthcoming Haitian Creole translation of Olympic Hero: The Story of Lennox Kilgour. He is the co-founding editor of ID13, & holds an MFA from the NEOMFA.

Talena Lachelle Queen
Poet Laureate of Paterson, NJ who holds an MFA from the University of Washington.